Land Rover Series One, 1957 200Tdi. POTENTIALLY SOLD, DEPOSIT ABOUT TO BE TAKEN 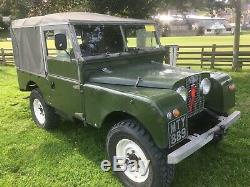 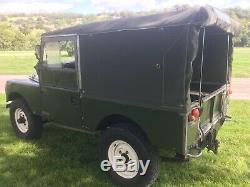 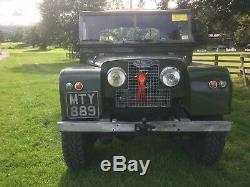 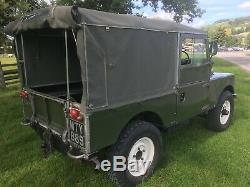 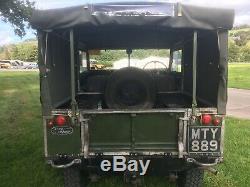 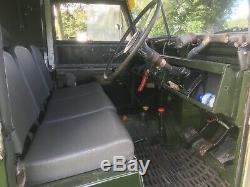 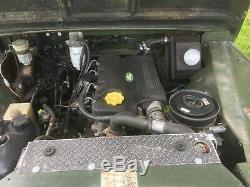 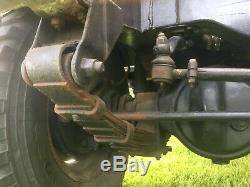 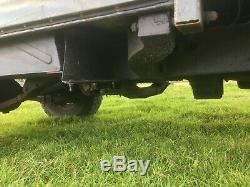 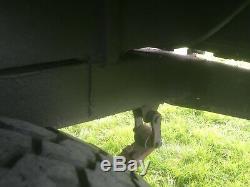 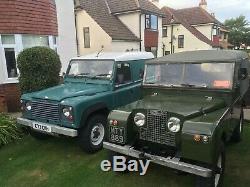 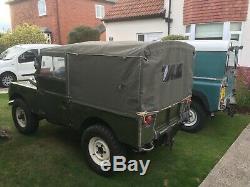 It is now fitted with a very good 2.5 litre 200Tdi liberated from a 1993 Discovery (minus the turbo and intercooler, so a 200di I guess). This was a professional conversion carried out by a Land Rover specialist for which I have a receipt and was all installed 3 or 4 years ago. It is mated to a Series 3 all synchro gearbox and it drives absolutely spot on.

Its quite lively, will easy sit at 65-70 mph but is really economical. The conversion really suits a Series One Land Rover, theres plenty of power but its not too savage which it may have been if it were running the turbo. This really is a classic Land Rover you can use regularly and in my ownership its been 100% reliable. Purists may frown but it does however still retain many of its original features, including original registration number.

It had a hard top fitted when I first bought it but I much prefer the look and versatility and quietness! The hardtop is now residing on another Land Lover so not included in the sale. It also has 3 newish elephant hide seats also from Exmoor Trim so its a nice place to sit and they look great! Other fairly recent new parts include a fuel tank, wheel cylinders, steering joints and brake master cylinder.

Condition wise the chassis and bulkhead are really solid. There is obviously evidence of previous repairs and welding but it is approaching 63 years old so is inevitable. I dont believe there are any structural concerns though, its rock solid and the chassis and axles have been well protected. Also expect slight wavy panels and other bodywork imperfections you would expect with a vehicle like this.

Its in typical vintage Land Rover condition, likely been repainted a couple of times in its life but looks great! It even picked up a rosette at a steam fair last summer! Personally I much prefer the patina look rather than the completely restored look but each to their own I guess. If a new owner decided to take it down this route then its a great starting point but I think it would lose some of its charm! Please remember this isnt a late model Defender and wont drive like one either.

Its a vintage vehicle so expect a bit of noise and a few rattles. If you are familiar with old Land Rovers though none of this will be a surprise. These Series Ones are steadily increasing in value so it should continue to be a good investment. Please study the photos very carefully as they form part of the description. There are also many more photos at the link below.

I will not however release the vehicle until cleared funds have been received. Vehicle is located in Harrogate, North Yorkshire. The item "Land Rover Series One, 1957 200Tdi. POTENTIALLY SOLD, DEPOSIT ABOUT TO BE TAKEN" is in sale since Monday, June 22, 2020. This item is in the category "Cars, Motorcycles & Vehicles\Classic Cars\Land Rover". The seller is "blandra" and is located in Harrogate. This item can be shipped to United Kingdom, United States, Australia.